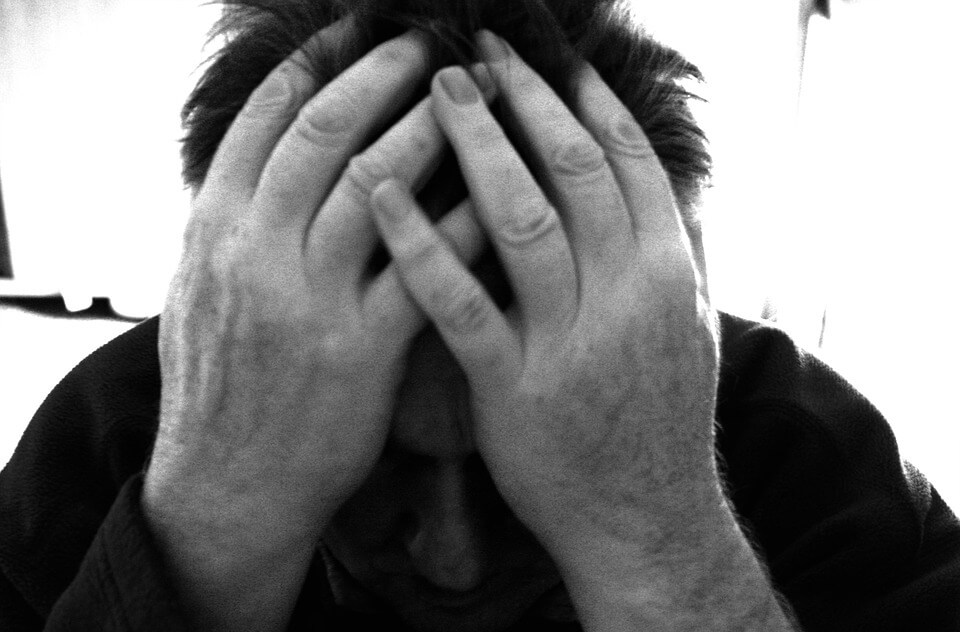 It’s been given the title of most depressing day of the year. It even has its own formula to prove it.

Most of us will be feeling a little heavier, our pockets feel a bit lighter and our New Year’s Resolutions are already a distant memory. It is these factors that create the perfect mood storm.  Yes, Blue Monday is here to suck the festive cheer back out of us until next Christmas.

What is Blue Monday?

Blue Monday has been calculated using a not so scientific mathematical formula. Originally invented by a PR company, it is now as traditional an event as New Year’s Eve.

When is Blue Monday

Contrary to popular belief, Blue Monday does not always fall on the third Monday of January, it can also fall on the second, fourth and even the last Monday in January.

How can I survive Blue Monday?

First of all, STOP thinking of it as Blue Monday!

It’s just another day and, in my humble opinion, a little bit disrespectful to people who suffer with anxiety and depression all year around. The term Blue Monday needs to sling its hook!

OK, rant over, so let’s look at what you can do to survive January when money is at its tightest.

A study by uSwitch found that 52% of us will still be paying off Christmas 2016 as the tree and decorations go up ready for 2017.

If that’s you, it’s time to make a few adjustments to your finances to stop it from happening, unless you want to rob Peter to pay Paul forever more. I know you don’t, so keep reading and I’ll show you how to turn it around.

For the record, a budget is not there to transform you into a miserly, tight-fisted skinflint. A well thought out budget simply tells your money where to go before your feelings do.

If you have no control of where your money is going, it should hardly be a surprise when you go to the ATM one day and there is nothing left. A budget is not just for January, but it is the perfect month to start when money is in short supply.

I don’t care how much you love Sky TV or your iPhone 7, they’re not a priority debt and shouldn’t be treated as such.

This is where people go horribly wrong.

There is nothing left after my priority debts have been paid

If there is absolutely nothing left after you have paid all your priority debts, or worse still, you didn’t have enough to cover them in the first place, you have a problem.

Let me rephrase that, you have a massive problem, and no amount of budgeting is going to ease the pressure.

In this instance, you need help in the form of ethical, impartial debt advice. Advice you’re only going to get from a trained debt adviser, so give us a call.

Alternatively, you can speak to a free service such as Money Advice Service, but make sure you speak to someone ASAP.

I can just about pay my other bills

Great! Where some might despair in this situation, I see hope.

Why? Because if you can cover all those other bills you have, there is room for you to cut down somewhere. I’m not here to give you easy answers, sometimes it’s a dose of reality that’s needed, and January is one of those occasions.

If your TV package comes to £100 a month and you’re struggling to get from one end of the month to the other, something has got to give. How many of those channels do you realistically watch? Work out just how much use you’re getting from it and if you can cut it down then do so. Just halving that would free up £600 a year.

In the study conducted by uSwitch, it found that nine in ten would be using credit to get through January, carrying an average debt of £636 − I rest my case!

If your phone contract is coming up for renewal, take a sim only deal for a while. An average mobile contract of £55 a month can easily be reduced to around £20. Do that for a year and you’ve skimmed another £420 a year off your outgoings.

Using this example, not only could you have paid your card off in full, you are also well on your way to paying next Christmas in cash. Hold onto your hats, I’ve only scratched the surface.

The time for brand snobbery is over!

If you really have nothing left after you’ve paid your bills, you’re in no position to preach the virtues of Bisto gravy if Aldi’s Quixo is half the price.

Don’t try too much too soon or you’ll just slip back into old habits. Swap a couple of your higher priced, better known brands for a cheaper, lesser known alternative. If you’re worried you’ll end up with a pile rubbish, head over to Which? and see which products they rate the highest.

I was once the biggest brand snob of all time until I gave some of Aldi’s products a go. You’ll be no less impressed than I was, I guarantee it.

“What the heck is price-per-unit?” I hear you ask!

I’m no Carol Vorderman and I’m sure the thought of running around a supermarket trying to work that out has made your blood run cold. Well, don’t worry because someone has done all the work for you.

Head over to mysupermarket.co.uk, choose which supermarket you shop at and search for your items. You’ll quickly discover the BOGOF, 50% extra or multi-pack deal you saw were not fantastic bargains after all.

Don’t be fooled by the Jedi mind tricks of the retailer. These guys have been studying us since the first supermarket hit the UK in 1948, from music to where things are placed, they are delving deep into the psyche of the shopper to make you spend more.

Shopping by price-per-unit will save you around 30% on your shopping bill. If you’re spending £100 per week, that’s £1,560 saved over a whole year!

Making a meal plan allows you to operate your kitchen like a head chef. A top chef wastes very little and you can too with a bit of planning. Meal planning saves you time, as well as saving you money.

Try to buy ingredients that can be used in a few different meals to eliminate waste. If you don’t want to do that, make sure you only buy what you need. If you only need 3 carrots for your meal and you’re not cooking anything else with them that week, don’t buy a bag only for three quarters of them to go off.

Use leftovers for lunches the next day where possible and batch cook some easy meals to lift out of the freezer at your own convenience. The freezer is your friend, make full use of it.

If you have odd bits of veg left over, throw them into a nice homemade soup. It’ll taste far better than anything you get out of a tin and you have maximised every penny in your shopping budget.

The average UK household throws away £470 worth of edible food annually. That rises to £700 for a family with children, or the equivalent of £60 per month. Thinking smarter in the kitchen will save you a fortune over the course of a year and all habits, good or bad, are hard to shake once instilled.

Give up on Lotto

The chances of winning are next to none, yet the average Brit spends a fairly hefty £416 per year playing Lotto.

Seriously? If you’ve got debt that needs clearing, your money is far better off spent tackling it in small chunks than holding out for a Lotto win. If you’ve walked into the new year with a £600+ credit card bill, that money could be paying it off and getting you back in the black.

I’m not suggesting you go hungry, even I wouldn’t take money saving to such extremes. However, buying lunch at work really adds up over the course of the year, especially when you consider how cost effective it is to do it at home.

Using a combination of leftovers and making other lunches yourself will save you a packet. Time is usually the biggest factor when it comes to making our own, so get into the habit of preparing them the night before.

If you’re already meal planning, or you start to, it will save you the necessary time you need to make lunches too. When you consider the average Brit spends around £860 a year on lunches at work, it’s a no brainer really.

Stay out of the coffee shop

My biggest vice by far! If you have bills that need paying, spending money on takeaway coffee/tea has got to go. Let’s face it, they don’t come cheap, even in the privately-owned establishments.

The average Brit spends around £487 a year on takeaway coffee/tea. You could buy several good coffee machines for that. However, with bills outstanding it’s yet more money that you could be using towards your debt.

Routines become habits. This year, instead of making resolutions that never see the end of the first month, try changing routines and forming better financial habits.

If taking them all on at once is too much too soon, break the habits you want to instill this year down into achievable chunks over the year until you have ticked them all off your list.

Depression and debt: A volatile combination