A personal viewpoint on student debt from a recent graduate.

ClearDebt’s newest member of the marketing team, a recent graduate, fears that people like her are entering working life with the mantra “Borrowing is good. Debt is good. It’s the norm”.

With the riots of the past week echoing the student riots last year and with the release of A- level results this week, it feels as if the student debt topic is as fresh as ever.

Year upon year thousands of graduates take to the graduation stage in every university nationwide. Neat and alphabetically ordered with the stereotypical worries of not tripping and making sure a mantelpiece-worthy photo is taken.

However I wonder if many graduates list as their prime concern, that their degree certificate equates to nearly £27,000- and that is the old fee costs.

But what does this debt really mean and can it really be that big of a worry when the majority of university leavers have it?

A debt which can easily be ignored 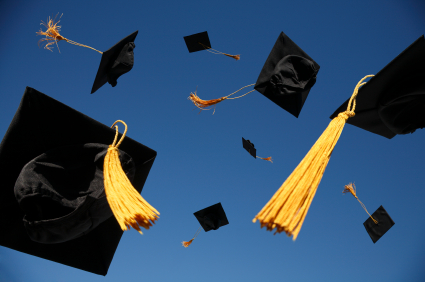 I personally feel, like the majority of my friends, that a student debt is a debt that doesn’t really belong to me. Having worked at ClearDebt for a couple of months now and hearing about debts in the tens of thousands I‘m ashamed to say that, at first, I found it difficult to share the clients’ obvious distress and worry; because, in reality I could easily match some client’s debt pound to 27,000 pound.

I feel that aside from a relatively unassuming letter from the Student Loans Company every once in a while, my student debt has no real bearing on my day-to-day. When I were to say to older generations, who are typically more averse to borrowing, that I have £27,000 of debt before I even start work they are horrified. Yet the Student Loans Company is set up in such a way that it just silently chips away 9% of my earnings and only when I earn over a certain amount, with various different stipulations all designed so that I barely notice it.

A student debt in this respect is like a niggle, not a worry, not a panic but a niggle- I know it’s there but find it pretty easy to ignore- not much of a burden really.

Student debt creates  a worrying precedent for the future

However I do feel that the debt level university leavers are coming out with is setting a worrying precedent for the future.

Along with my student loan I also have a meaty overdraft that ticked my union bar bills over nicely during my time at university. With all the no added charge, no hassle borrowing and extending it right up until it was positively fit to burst, I was lulled into a false sense of security.

My student loan had detached me from any real ownership of my debts and when I saw a negative number every time I checked my bank account I barely registered that I would eventually have to be held accountable for it.

Having been out of university for a year now, the faithful, always- there -when- I- need- clothes/ alcohol/ night out – overdraft is quickly not being so faithful. Where has all this added interest come from?

Thankfully I never succumbed to the offer of my very own student credit card whereas a couple of my friends did. My mounting overdraft interest is looking a whole lot more appealing in comparison to that expensive nightmare.

Ultimately, student debt for me  has been pretty simple. I went to university, graduated and pay back a measly amount every year and that’s about it. I could very easily live by the mantra of “Borrowing is good. Debt is good. It’s the norm.”

The problem with this is the lack of money management or understanding of budgeting. Coppering up at the supermarket once you have run through your freshly extended overdraft is not a successful budget. I believe that the tell of how badly student debt affects the ‘youth of today’ will not be seen in the vast student loan sums they owe but rather in their attitudes to money and debt. Not to forget the credit cards and overdrafts. I am guilty of this and only a year later have I begun to think ‘errm … I didn’t really think that through, did I?’

I am still struggling to make a dent in my overdraft as it grows bigger and bigger with interest; it is still difficult to strike the balance between spending and saving. One thing that has helped me is speaking to the clients here at ClearDebt and Abacus and seeing how they are sticking to strict budgets in order to make monthly payments- out with the old student ways, in with the new.

For any further information regarding student debt, student finance or university fees, visit the Directgov website.

ClearDebt Supports the Financial Education PetitionIs a degree worth debts of £27,000?