Channel 4’s Countdown word expert Susie Dent is the author of a new book published by Oxford University Press – “Words of the Year”. 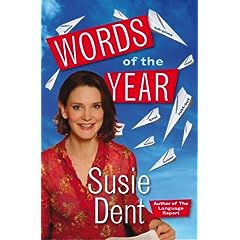 The book lists and comments on words and phrases that have started to become widely used over the past year.

Unsurprisingly, many phrases coined by reporters and journalists to describe the global economic downturn feature. “Credit Crunch” tops the list, other related terms include:-

The origin of “Funt” is Richard Rubin, founder of Reallyworried.com and Andrew Smith of ClearDebt. Their official definition is:-

ClearDebt and Reallyworried have combined to produce ReallyWorriedAboutDebt.co.uk, an online community where anyone can ask questions and share their worries about their own personal debt problems.

Funts e-petition
Andrew Smith of ClearDebt has petitioned the Prime Minister to introduce reforms that will require financial services organisations not to discriminate against failed debtors who have made their best efforts to repay as much of their debt as they can reasonably afford.

Please add your support by signing the petition at:
petitions.number10.gov.uk/no-black-marks.

Funts Used In Parliament
Labour MP Dr. Stephen Ladyman who in an adjournment debate, called for people who do their best to repay their debts to be given a chance to repair their credit rating.

The Member for South Thanet said:
Credit is a vital part of modern life and too many people are being treated as Financially Untouchable or Funts. Funts who do their best to repay what they owe and are responsible in addressing their debts should be treated differently to people who are feckless or reckless. I want more help and information for people who have debt problems to stop them becoming Funts, but I also want Funts who do the right thing to be treated better by the financial services sector than those who don’t. They should be able to earn a clear credit rating not punished.

By continuing to use the site, you agree to the use of cookies. more information