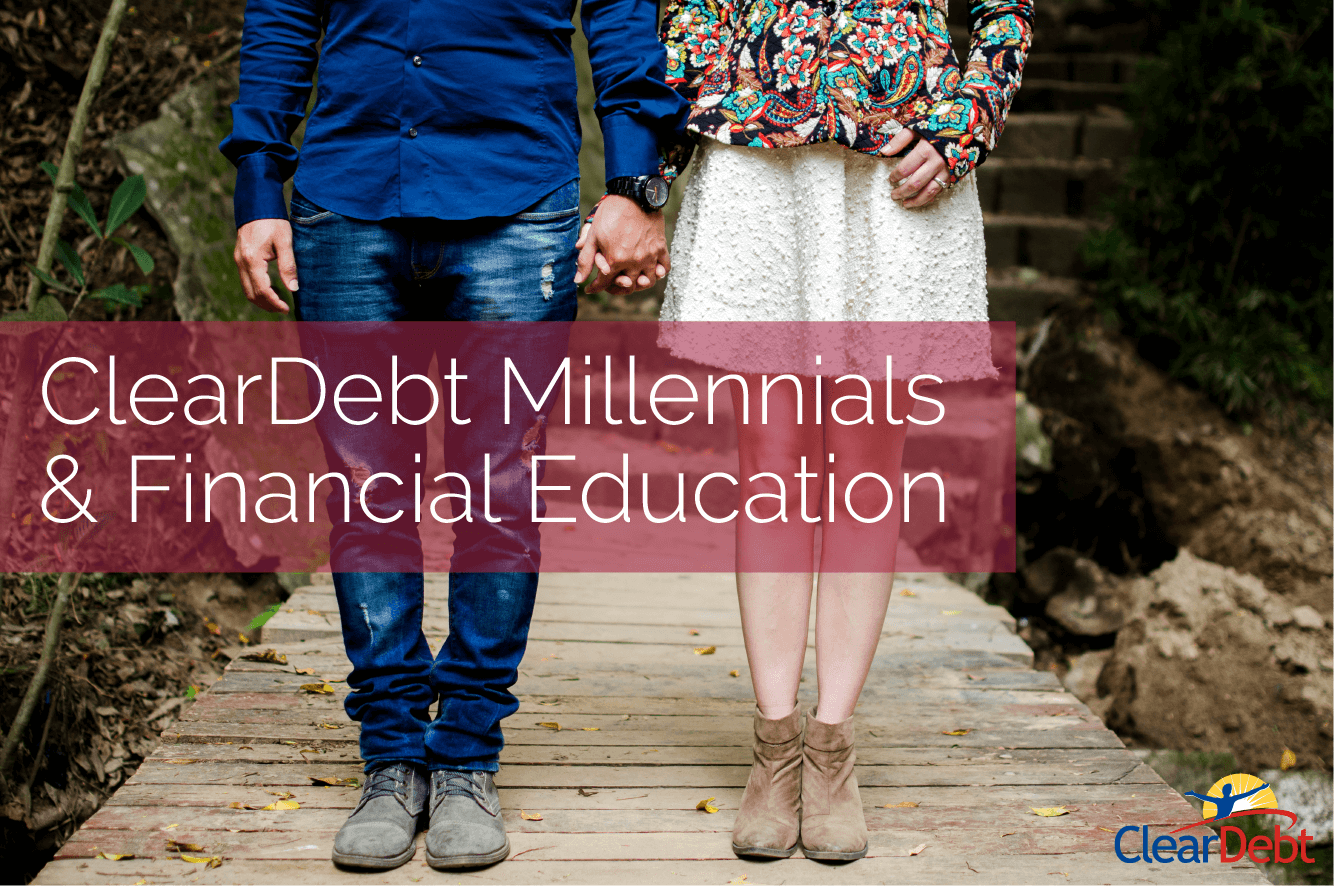 Millennials − those born between 1980 and 1995 − make up the majority in our office so it was interesting to see how attitudes to financial education differ between us.

ClearDebt millennials come from different backgrounds with varying levels of education, but does education help you get an extra step up the ladder when it comes to finance?

One in four millennials are currently living with problem debt – that’s 2.4m people struggling to keep their head above water.

Studies suggest that millennials, out of all the generations we know enough about, have been more involved in decisions when it comes to family purchases such as groceries and cars and are more likely to be immune to traditional marketing and sales pitches, as we’ve already seen and heard it all.

On that basis, why is my generation suffering with debt the most?

Have we not picked up on the financial education we have been given, or have we been subjected to far more adverts and opportunities for credit than any other generation?

When did they receive their first financial education?

Six out of ten ClearDebt Millennials received their financial education from their parents. Rather interestingly, the same number said they didn’t understand their first credit agreement, raising the question brought up in yesterday’s Baby Boomers post about whether the financial sector should be chipping in and helping with financial education. Considering they profit the most out of credit facilities, you would certainly think so, wouldn’t you?

Preparing for the future

Financial capability isn’t just about credit agreements: Preparing for our future and being able to cope financially in an emergency is just as important.

The ClearDebt millennials clearly feel the same way because over two thirds are already saving towards retirement. Only one in ten wouldn’t have enough savings to cope in an emergency and never saves anything at the end of the month.

However, only one ClearDebt millennial has life insurance, maybe owing to the fact two-thirds of us don’t have any children.

When it comes to Joe Public, we certainly buck the trend, which could be down to the industry in which we work.

Geography also plays a part − most of the people surveyed have been brought up in fairly affluent areas of Manchester.

If, for instance, this survey had been conducted in North Manchester where I’m originally from, I’m confident these results would have been very different.

One thing that was apparent was that the level of education had no significance whatsoever. My personal opinion is location and occupation has had a significant impact on the attitudes towards finance among the ClearDebt millennials.

Do you think location and profession help when it comes to being financially savvy?