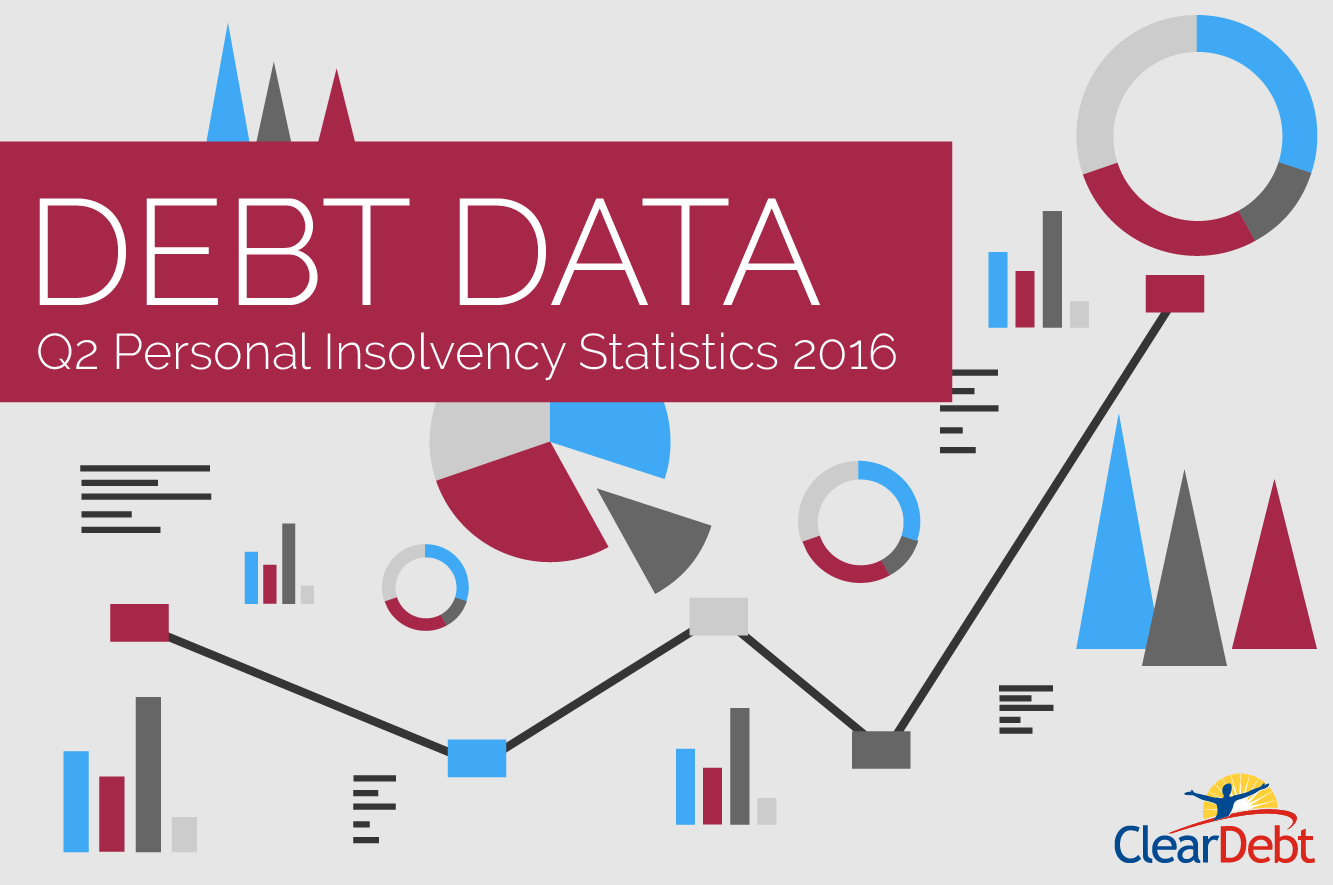 Here at ClearDebt we have been saying for some time that Individual Voluntary Arrangements) (IVAs) have become the procedure of choice for those people who have debts they can’t pay and a regular income to enable them to make contributions to their debts. Today’s statistics from the government’s Insolvency Service confirm this – in our opinion.

More people are declaring themselves insolvent (7% up on last quarter and 22% higher than a year ago – the first increase in the rate of personal insolvency since the second quarter of 2014).

Debt Relief Orders (bankruptcy-lite) are 16% higher than a year ago. And bankruptcy itself continues to decrease – 11% down on last year. But IVAs have rocketed. IVA numbers have increased by 43% on a year ago and 15% between Q1 and Q2 2016). The Insolvency Service statistics release itself says IVAs are driving the rise in personal insolvencies.

Even free DMPs can cost more than IVAs

We aren’t surprised. Here at ClearDebt we think IVAs are growing because more and more people recognise the limits of Debt Management Plans (DMPs) and that even free ones from charities like StepChange can take longer and cost more to complete  than an IVA (if an IVA is a suitable solution for you).

Nowhere near enough people in Britain are getting debt advice (The Money Advice Service reckons it’s only about two out of every ten people that need it). And we think too many are settling for DMPs when an IVA, a DRO or even bankruptcy would be better. It may be that rising personal insolvencies aren’t, right now, due to a worsening economy.

We think the rise is down to people seeing that an IVA is often a better solution than a DMP, freezing interest, stopping creditor contact and lasting five (sometimes six years) rather than the ten years or more that can be common with a DMP.

Based on today’s figures, the IVA really is the debt solution of the future, whilst bankruptcy does (as we’ve said before) appear to be heading the way of the dinosaur. Maybe that will be the fate of the Debt Management Plan too?

DROs and IVAs rule the roostCould you eat your debt in Big Macs?